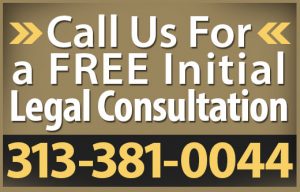 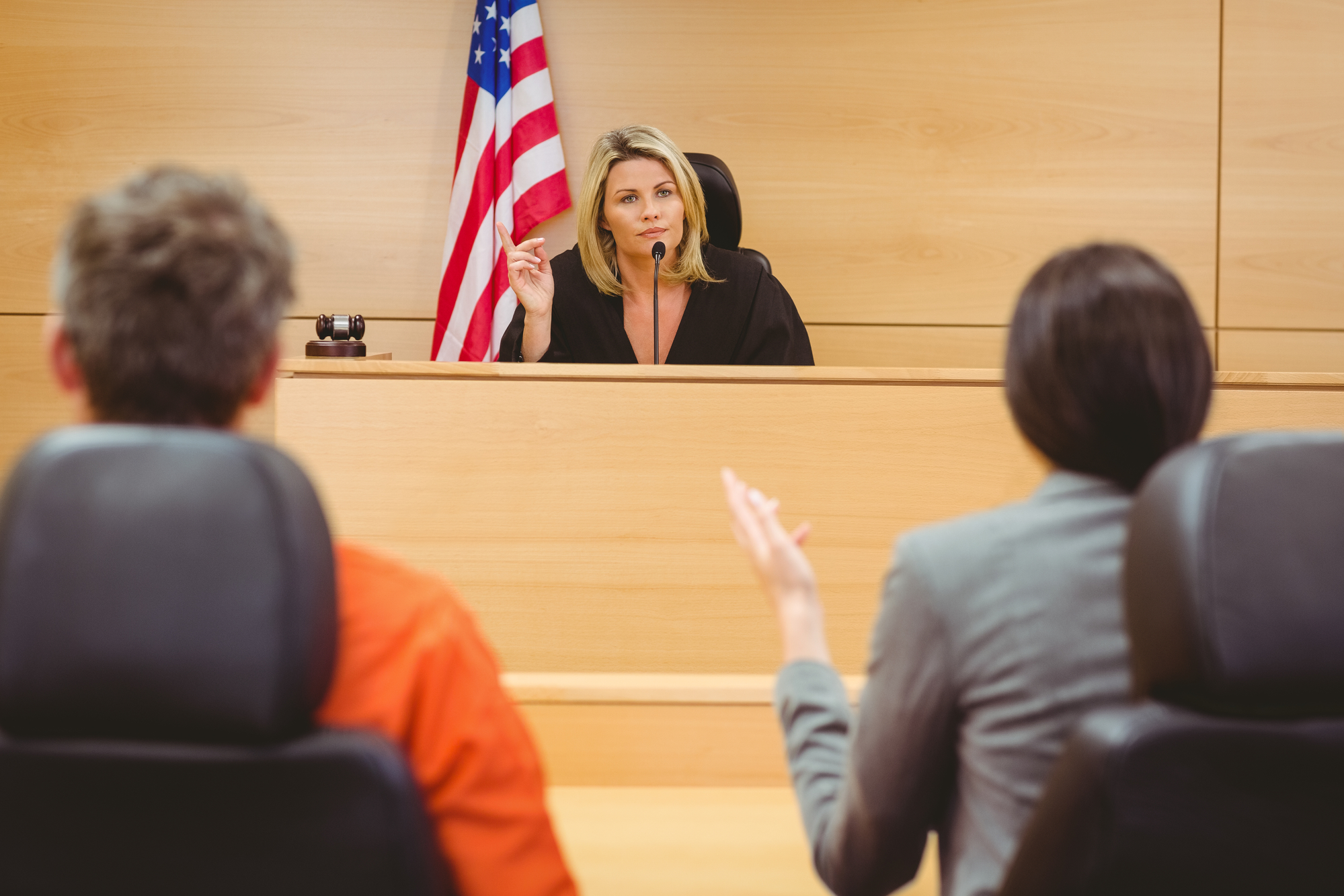 When You Should Hire a Criminal Defense Attorney

One of the most upsetting experiences can be facing a criminal charge. It’s a risk to one’s family, job, and the future. A criminal defense attorney’s services are needed to assist in presenting defense or negotiating a penalty through the legal course to safeguard the defendant’s rights.

What classifies a criminal statute?

The difference is somehow confusing between criminal and civil offenses. Civil cases are conflicts or disputes over legal roles and responsibilities between citizens. On the other side, criminal cases are cases lodged against a citizen for violating criminal laws.  Below are several crimes of misdemeanors and felonies catered by criminal defense attorneys:

A violent crime relates to any crime involving the defendant’s physical damage or threats to the victim. Severe events involving heavy criminal penalties are often involved in violent crimes. Violent crimes examples are:

Assault is typically defined intentionally harming another individual. If the harm is done is severe and causes a lasting injury, the assault will be charged as aggravated. Aggravated assault also applies to circumstances when a deadly weapon is used or when the victim is particularly vulnerable.

The killing of an individual by another is defined as a homicide. There are two homicide categories: murder and homicide. If the defendant intended to kill another individual or acted with reckless disregard for the lives of another, it is called murder.  Manslaughter is killing a person without intending to hurt or kill them.

Stalking is intentionally harassing that involves unconsented contact such as approaching an individual in a public place or private property, following an individual, sending mail or email, telephone contact, or giving an item that causes the victim to feel threatened, intimidated, or molested.

Michigan law states that it is unlawful to carry a concealed firearm or other dangerous weapons such as bombs, machine guns, short-barreled shotguns, and bludgeons. It is also a felony if one possesses a firearm at the time of committing a crime.

In Michigan law, the deliberate and malicious burning of the property of another is called arson. There are three types of arson depending on the property involved: on houses; on other real properties; and personal properties. The punishment depends on the intent of the defendant if there is a person injured or perished and the amount of the damages.

Domestic violence applies to abuse and disputes which may arise in a context of family or relationships and often occur within the confines of home or private spaces where there are few witnesses and little evidence of what happened. It is, therefore, a criminal law area that can produce false charges and unjustified criminal charges.

According to the Michigan Penal Code, a gang is a group of 5 or more individuals with an established command structure and membership criteria that define themselves. If the gang committed criminal crimes, any gang member could also be convicted. In these cases, determining whether the defendant was acting as a member of the gang when the crime was committed is critical.

Sex crimes are offenses that usually occur when violence happens during a sexual act when one party fails or unable to give consent. For those found guilty, sex crimes have severe repercussions because they often involve not only imprisonment but also officially registered as a sex offender. Categories of sex crimes are:

Sexual assault is a series of criminal acts that are sexual without consent.  Rape happens if the victim is threatened or compelled to commit an act of sexual intercourse. It is called statutory rape in instances involving children, where consent is not provided as they are legally young to do so.

Aside from statutory rape, if a sexual act is committed with a child, charges may be brought as child molestation. It is also illegal to have in possession of any child pornography.

Any person who deliberately makes open or indecent exposure of his or her person or another’s body. The crime of public indecency arises when an individual makes indecent exposure of his or her person that is not suitable for a public setting. Moreover, the offense of sexual misconduct applies to lewd acts that offend other members of the public. Michigan laws also prohibit prostitution, which is the act of soliciting sex in public or for money.

The state of Michigan has punitive constraints upon illegal drugs such as marijuana, heroin, cocaine, LSD, methamphetamines, and many others.  Drug crimes concern any participation in drug creation or distribution, including possession of drugs, drug manufacturing, and drug trafficking. Penalties for drug convictions can be severe.

In Michigan, misdemeanor charges have a maximum jail term of one year or less, and the fines are often less than $1,000. The punishment may look insignificant, but a conviction of a misdemeanor drug crime will have trouble securing jobs and encounter other complications.

Felony drug convictions are divided into eight categories. The most serious is Class A Felony with a maximum sentence of life in prison. Class H Felony has the shortest prison sentence, with one-year imprisonment, and probation in some cases.

Traffic offenses include crimes that may occur while a person operates a motor vehicle on public roads. Some traffic violations are civil offenses, while others are considered felonies or misdemeanors. You may be fined or sent to prison for more severe cases, depending on the charges and how it is resolved. Below are examples of  traffic offenses:

A criminal offense called Driving Under the Influence (DUI) is a crime that seeks to control a vehicle’s operation after a driver has consumed drugs or alcohol. Other names for DUI is Driving While Intoxicated (DWI) or Operating While Intoxicated (OWI). A DUI is a criminal offense involving severe criminal and civil penalties. In addition to imprisonment, the driver’s license may be suspended or revoked a specific time until drug or alcohol rehabilitation programs are completed.

Driving on a Suspended or Revoked License

If drivers fail to comply with those regulations or behave in a way that indicates a lack of accountability for the safety of others, Michigan state can suspend or cancel a drivers license. Caught driving on a suspended license can lead to mandatory imprisonment and substantial penalties. A criminal defense attorney can help reinstate a license.

Driving with a possibility of endangerment for the safety of others due to negligence or conscious decision is called Reckless Driving. Depending upon the gravity of the case’s circumstances, it can either be charged as a misdemeanor or a felony.

Theft crimes are crimes involving the unlawful removal of another’s property or business, depriving the rightful owner. Possible penalties will rely on the type of theft charges committed, but sentences will include fines, probation, and imprisonment.

Theft or larceny is a serious crime that involves the taking without consent of properties such as money, goods, receipts, real estate deeds, and public records. Michigan classifies larceny offenses depending on the dollar value of the property. Misdemeanor larceny also referred to as petty theft, is for property valued at less than $1000.

On The Michigan Penal Code, robbery is defined as the theft where an individual uses force and violence against any person present in the scene of the crime. Robbery is a felony punishable by 15 years of jail time.

Also known as retail fraud, shoplifting is taking or attempting to steal goods from a retail establishment without its consent. It also includes switching of price tags to pay less for merchandise. Shoplifting is not a small charge, as assumed by many people. Depending on the degree, a shoplifter can be imprisoned from 93 days up to 5 years, and the lowest fine is $500.

Auto Theft is the act of stealing motor vehicles. If occupants are still inside while the crime is being committed, it is called carjacking. If the defendant had no intention of taking the vehicle, the crime committed is called joyriding.

Minors, somebody under the age of 18, in the juvenile justice system are referred to as juvenile delinquents. This justice system is for children charged with criminal offenses where the proceedings are less formal than adult prosecution, and sentencing is more lenient. However, any criminal accusation against a minor has grave consequences for their future.

There are laws to control society and its people, but then regulations can never be enforced by themselves. Even if someone is charged with a crime, it doesn’t make them guilty of that crime. Until proven guilty, everyone is innocent.

Wayne County Michigan has many who are searching for the best criminal defense attorney.  Out there are all kinds of attorneys, making all types of promises about what they can do.

A reliable criminal defense attorney will be there to see to it that your rights as a citizen and as a suspect, as stated by the law, remain intact and unabused. The attorney will make sure that you will not get a sentence by devising an effective legal strategy. You have a better opportunity of being declared innocent when your defense attorney understands what he is doing.

In need of a criminal defense attorney to represent you in a Wayne County Michigan court? Contact our legal experts today.